Most people probably wouldn’t guess that Dallas has the highest risk of natural disasters out of all metro areas in the United States. But it’s true.

And the place that tops the list with the most risk is the Dallas-Plano-Irving area. It seems that every type of disaster (or almost every type, with the exception of earthquakes) plagues this area again and again. Looking at the history of natural disasters that have happened here, it slowly dawns on us that perhaps this isn’t an exaggeration.

The Dallas-Fort Worth area has had more than its fair share of flooding, tornadoes, hail storms, drought, and extreme heat waves. Take a stroll through 100+ years of impactful natural events in the Dallas area—but make sure to grab a secure hold if the wind picks up!

The Great Trinity River Flood of 1908

The flood of 1908 truly was great: in scope, damages, and duration. West Dallas and the downtown area were underwater for days.

Following minor flooding in the month of April, this disaster started with a heavy rainfall of 15 inches on May 25th, which brought the river to 52.6 feet the next day, the highest level ever recorded.

Out of a population of 90,000 in those days, 5,000 residents were forced out of their submerged homes to seek refuge. Along with the deaths of five people, the flood brought about devastation costing the city $2.5 million (almost $65 million today).

It also brought about the Kessler Plan, intended to remedy the poor planning of the city. Over the next ten years, levees would be built and street and rail facility improvements made.

In terms of death toll, the flood of 1922 was the worst in Dallas-Fort Worth history, with 13 dead as well as 1,000 people left completely homeless and $1 million in damages ($13 million today).

With 17.64 inches of rain, April 1922 was the wettest month in Fort Worth history. On the night of April 24, it rained a record nine inches. By the next afternoon, the Trinity River was at 39.1 feet, a rise of 29.7 feet in just twelve hours.

Despite the efforts following past flooding, seventeen levees failed, and 2,500 people had to find refuge as their homes submerged.

The gravity of the event—and a wish never to repeat it—prompted the construction of lakes and dams on the Trinity River’s West Fork in the proceeding ten years.

The Clear Fork of the Trinity River, along where Fort Worth sits, would end up having a third major flood in May of 1949. Despite efforts to flood-proof the area, there was no conceivable way the changes made after 1922 could stop the inundation.

Although it didn’t cause as many fatalities as the 1922 flood, the destruction wreaked by this deluge surpassed that of years past. There were 10 deaths, and further devastation to the tune of $15 million ($154 million today) coupled with population displacement of 13,000—or 1 in every 20 residents.

Serious consideration about the state and future of the flood-prone river led to more drastic flood-control measures: floodway construction, levee improvements, and lake creation as well as a straightening and widening of the river. The extensive work done by city leaders and U.S. Army Corps of Engineers resulted in the system of lakes and levees that protect the city today.

Before the days of tornado sirens and reliable weather radar, tornado preparedness was sorely lacking. In fact, people did not know exactly how these “twisters” even operated. The common belief was that “debris was sucked into the funnel and spit out the top“. But with the growing popularity of cameras, the tornado of 1957 was vastly documented, and all the photographic and video evidence from the event led to the realization that debris was in fact lifted off the ground along the edges of the tornado.

Despite this doom and gloom, the study of the deadly cyclone led to the formation of the Fujita-Pearson Scale in 1971, which measures the severity of tornadoes. This particular one was retrospectively rated an F3, meaning that its estimated wind speed was between 158 and 206 miles per hour with a path width between 176 and 566 yards.

When the residents of Fort Worth attended their annual Mayfest with crowds of 10,000 strong in 1995, they had no inkling of the storm about to come.

A supercell struck an area of 50 miles, bringing about a sudden and intense hailstorm that hit Fort Worth and led to extensive injuries and staggering damage that would cost a total of $2 billion.

Hailstones as large as four inches in diameter pelted the unprepared. Some took shelter in their cars and received cuts from shattered windshields. Those caught outside would be left with deep bruising, and there were at least 90 cases of people needing hospital treatment due to injury. Although there were no fatalities from the hailstorm itself, the subsequent flash flooding resulted in 14 deaths.

Nowadays, the Mayfest is equipped to deal with such an event: volunteers from the Radio Amateur Civil Emergency Service temporarily set up and operate a weather command center with antennas, radios, and computers that connect to emergency teams and city police so that the site can be cleared within 30 minutes.

The infamous 1980 U.S. Heat Wave parched the Midwestern United States and Southern Plains, and its effects were particularly powerful in the Dallas-Fort Worth area.

George W. Bomar explained in his book Texas Weather that on June 26, 1980, there was high pressure at all atmospheric levels above North Texas, and “a sky devoid of clouds—thereby allowing a maximum influx of solar radiation—teamed up with an arid desert like southwesterly wind to force the temperature at mid-afternoon to a level never before seen in the Dallas-Fort Worth area.“

The 100-plus-degree weather persisted for a whopping 42 consecutive days, with temperatures of at least 100 degrees for a total of 69 days. At least 60 people perished in the heat in the state of Texas, along with hundreds of millions of dollars in livestock and crop losses.

The 2011 Heat Wave and Drought

From October of 2010 to September of 2011, rainfall in Texas averaged approximately 11 inches, making it the driest year in the state’s history. With agricultural losses estimated at $5.2 billion and thousands of square miles burned in wildfires, the drought’s impact was severe.

Between July 2 and August 10, North Texas also experienced 40 consecutive days of 100-plus-degree weather, rivalling but not quite surpassing the heat wave of 1980.

As the weather turns hot again this summer, the heat wave of 2011 is undoubtedly not far from many people’s minds—and 1980 wasn’t that long ago, either!

A common thread through these events has been the determination to prevent recurrences. Whether through learning more about how and why these natural disasters take place, or predicting weather patterns, or developing appropriate reactions to specific disruptions, the goal is (and has always been) for the people in the community to be safer and more equipped to respond to these threats.

As the population of the Dallas-Fort Worth area grows and commerce and construction expands, it isn’t easy to accurately determine the impact natural disasters will have in the future—but we can darn well do our best to prepare.

Image by Justin1569 via Wikimedia Commons. 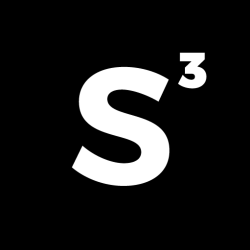 Request a Consult
This site uses cookies to maintain and enhance the user experience. By clicking "I Understand" or continuing to use this site, you're consenting to our Privacy Policy.